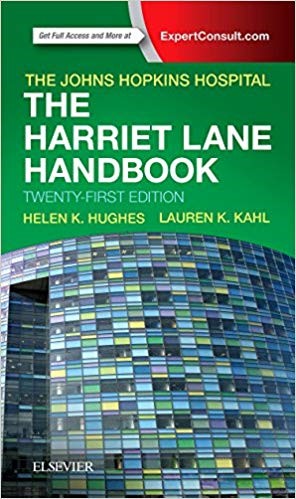 Developed in 1953 at the inspiration of then-chief resident Harrison Spencer, The Harriet Lane Handbook became an indispensable tool for the residents of the Harriet Lane Home and has continued to grow into a nationally and internationally respected clinical resource.

When using the Harriet Lane Handbook on Unbound Medicine’s digital platform, answers are just a tap away including reference links to medical literature through PRIME PubMed giving you immediate access to the PubMed database through the uCentral app. With this resource and Bright Futures, also available to New York Medical College, patrons have the pediatric guidance they need to best support their patients.

Who Was Harriet Lane?

Fortune and misfortune followed Harriet Rebecca Lane throughout her life. The eldest of President James Buchanan’s nieces, Lane was adopted by her uncle at the age of eleven after her parents died just two years apart. Lane eventually found herself included in a unique sorority as one of eleven women to serve as First Lady of the United States without being married to the president. Introductions to heads of state, kings and queens, and prominent businessmen followed as James Buchanan took office and it was through these connections that she eventually met and married successful Baltimore banker, Henry Elliott Johnston. Harriet and Henry had two sons, but within less than two decades Harriet’s uncle and husband passed as did both of her children.

From this combination of opportunity and tragedy, Harriet Lane, in memoriam of her sons, founded the Harriet Lane Home for Invalid Children at the Johns Hopkins Hospital in Baltimore. Officially opening its doors in 1912, it was the first children’s clinic in the United States affiliated with a medical school. The Harriet Lane Home employed healthcare pioneers Helen Taussig and Leo Kanner, among others, and eventually advanced research in many pediatric diseases and disorders including autism, pediatric cardiology, endocrinology, hearing impairments, and dwarfism. In addition to advancements in treatment, teaching, and research the Harriet Lane Home, which closed in 1972, was also the birthplace of The Harriet Lane Handbook – a lasting legacy in pediatric care.